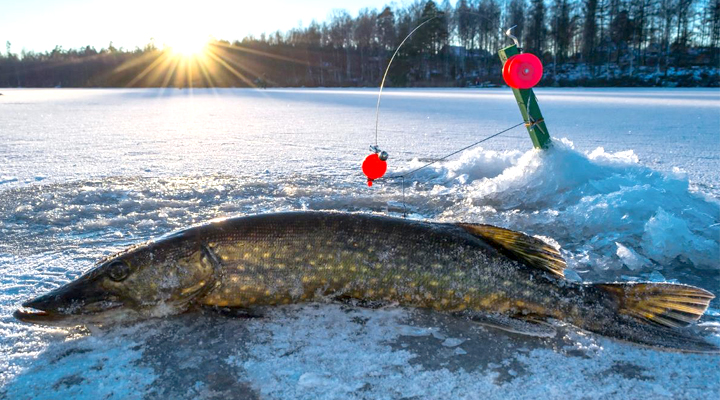 6 Important Ice Fishing Tips and Facts You Must Know

When most folks say they don’t enjoy ice fishing, I suspect they usually mean they don’t get pleasure from frozen fingers, frostbitten toes, ice-covered ears and chilled backsides. I don’t either. That’s why I wear two pairs of socks and two sets of long underwear-the first made of thin, lightweight silk that wicks away moisture, the second consisting of a wool-polyester-polyamide blend (the best brand I’ve found is Ullfrotte, though the new Ice Armor base layers are superb as well).

Over my underwear, I don wool pants and a thin turtleneck sweater, followed by an ultra-thick, pure wool turtleneck that keeps me so warm, the only time I pull on a jacket is when the air temperature dips below -25ºC, I’m travelling on my snow machine or the wind is howling. That’s when I also wear one of the cold-weather suits made by Ice Armor or Snosuit. They’re windproof, waterproof and breathable, and feature padded knees and seats, and more pockets than I can use (the extreme-weather gloves and mitts made by Ice Armor and Snosuit are a good buy, too).

Purchasing an extreme-weather suit is the single wisest investment you can make if you’re serious about running-and-gunning. Folks are surprised when I say it, but this clothing is more important than your rods, reels, lures, and sonar. When you’re freezing, none of that other stuff matters. One word of advice, though: don’t buy one-piece suits. A separate jacket and bibbed pants is far more practical because you can remove one or both components as the weather conditions dictate. I normally wear the bibbed pants all day long and don the jacket only when I’m travelling, or feel cold.

When you run-and-gun, expect to drill at least 150 holes over the course of a day. You should also be prepared for ice that’s three to four feet thick, so you’ll need an extension on your auger to hit the water. Most importantly, you had better be using the lightest auger with the heaviest torque and sharpest blades you can find.

I’ve used them all, and most are good, but many augers are simply not made for effective running and gunning they’re just too monstrously heavy to haul around all day. And if your tongue is hanging out and you’re dragging your butt across the ice, fatigued from putting down holes, you may end up too tired to drill the last two or three needed to strike the motherlode.

Another thing I dislike immensely about most ice augers is the blistering hot, external metal exhaust that instantaneously melts that brand new, $600 extreme-weather suit you just purchased. Been there, done that.

Use whichever auger you like, but in my experience Normark’s gas-powered models are in a league of their own. I have two; the oldest-a 10-year veteran-has put more miles of holes through the ice than EnCana has drilled across Western Canada searching for oil. It weighs 40 per cent less than most other augers, so I can carry it in one hand, and the blades are so sharp you can shave with them. It has never failed to start, bless it, and it doesn’t have a scorching-hot exhaust that melts clothing.

Regardless of the auger you choose, remember a sharp blade needs no extra help drilling a hole. And certainly, don’t slam the blades into the ice to help the hole get started. Banging it down only changes the cutting angle, nicks the razor-sharp edges and ultimately dulls the blades.

Another no-no, especially when the ice is thick, is trying to drill through three to four feet of ice without clearing out the hole. If you don’t regularly remove the snow and chips by lifting up the twirling blades, you risk binding up and tearing the gears on the drive shaft—which usually happens just before you hit water. I kid you not. I saw it happen to at least a half-dozen anglers last winter.

Finally, after you’ve drilled your holes, never lay the auger-particularly the wet blade-down in the snow. That will only ice it up and make it impossible to drill more holes later. Instead, start drilling a new hole, but stop about halfway down and rest the auger upright in the hole, which serves to dry off the blades.

The more unnecessary items you bring along when ice fishing, the more time it takes you to set up everything, and the more reluctant you are to move to a new location when the action slows down, or worse, never heats up. I shake my head every time I see a half-ton heading out on the ice for a day’s fishing, piled high with everything from the living room sofa to the kitchen sink. Imagine the Beverly Hillbillies on ice.

At least three-quarters of the time I go ice fishing (which totalled more than 75 days last season), I don’t pull a portable shelter or even a sled. Instead, I carry everything-sonar, ice auger, tackle boxes, lunch, Thermos bottle, ice rods and reels-inside, or strapped to the top of, a custom-built storage box on the back of my two-person, four-stroke snow machine. This way, it only takes me seconds to set up or move, which is key to running-and-gunning.

When I’m traveling into the backcountry, however, and I have a dozen or more large wooden tip-ups for pike and 20 pounds of foot-long frozen suckers for bait, I’ll put the auger and extra tackle inside a small, tarp-covered sled hitched to the back of my snow machine. Still, I’m a stickler for economy—if something’s not likely to be used, it doesn’t come along for the ride.

When it comes to tackle, proper organization is yet another key to efficient and effective running-and-gunning. I carry all my hard baits-jigs, spoons and other lures-inside small and medium-sized, see-through plastic tackle trays. And nothing is thrown haphazardly together. I carry an assortment of 1/16 to 1/20-ounce jigs—for walleye, sauger, lake trout, pike, perch, and crappies—in one box, with each weight allocated to a separate compartment. And I keep my 1/80- to 1/32 ounce finesse jigs-for finicky perch, crappies, whitefish and herring-in a foam fly box.

Next, I dedicate one tackle tray to flash spoons and another to horizontal lures, such as Jigging Raps. Soft-plastic and scented baits, meanwhile, are stored in resealable plastic bags. And I sandwich my quick-strike rigs for trout (tied on monofilament leaders) and pike (tied on metal leaders) between two sheets of cardboard, held together by thick elastic bands, so they can’t tangle around each other or snag on anything.

Thus prepared, I can stow my hard water gear inside the box on the back of my snowmachine when I first go ice fishing in late November, and still have everything at my fingertips come mid-April, whether I’m targeting walleye, lake trout, pike, perch, crappies or any combination thereof.

As for keeping your feet warm while running-and-gunning, it has nothing to do with how many layers of socks you put on. In fact, wearing too many socks will constrict the flow of blood to your feet. They’ll also make your feet sweat, which will make them get cold even faster. What matters most are your boots, specifically the thickness of the sole-the distance between your feet and the ice. Take a look at the bottoms of a pair of Irish Setter Snow Tracker Pac boots or Ice Armor boots and you’ll see what I mean; they look like thick-treaded off-road snow tires.

Never buy a pair of boots with steel toes or shanks, no matter what the cold-weather rating is-or the price. Your feet will freeze. And never wear your boots in your vehicle as you drive to your ice-fishing destination. Your feet will be sweating by the time you arrive, your boots will be filled with moisture and your feet will chill faster than you can say “Let’s go home.” Instead, wear a pair of loose-fitting, lightweight running shoes for the drive to the lake, and only put on your boots when you step outside the vehicle.

Finally, when you get home at the end of a day’s fishing, immediately take out the boots’ insulated liners and thoroughly air-dry them overnight. That way, you’re ready to hit the hardwater all over again the next morning.

A quality ice fishing sonar unit such as the Humminbird Ice 35 or Lowrance Ice Machine is another hard water fishing essential. In fact, you can’t run-and-gun without one, since the name of the game is targeting a wide variety of depths and structures.

Ice fishing units typically sport an arm that positions the transducer out over the middle of the hole (to prevent the cable from freezing to the side of the hole), but I never use this feature. Instead, I simply lower the transducer cable through the hole until the transducer head is below the ice, even if it’s three feet or more. That way, I receive crystal-clear signals.

Besides, my cord never freezes to the side of the hole because I’m catching so many fish, I’m constantly removing the transducer from the hole to get it out of the way. And if I’m not catching fish, I don’t stay long enough to let things freeze up. I’m also careful to never drag the transducer through the snow; that can cause ice to form on the head of the unit, which will interfere with the signals. I also recommend reading the article on fish finder reviews. 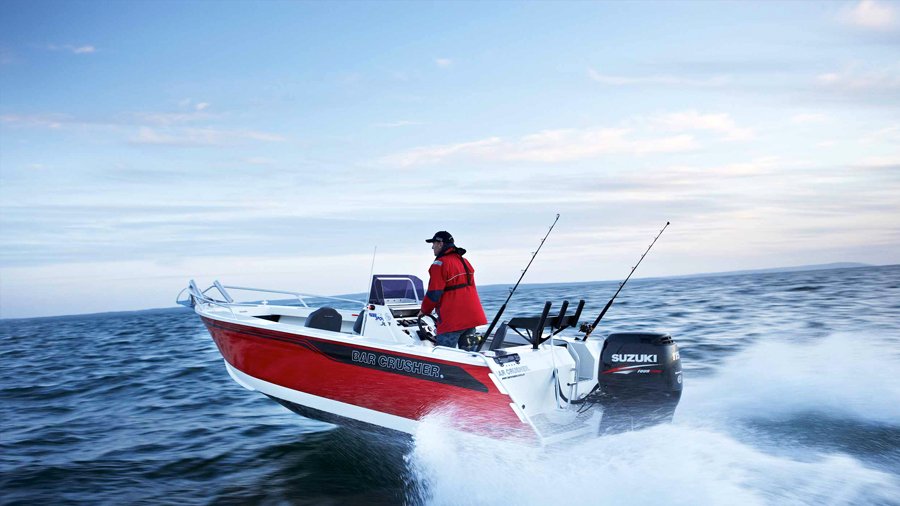 How to Choose the right Fishing Boat? 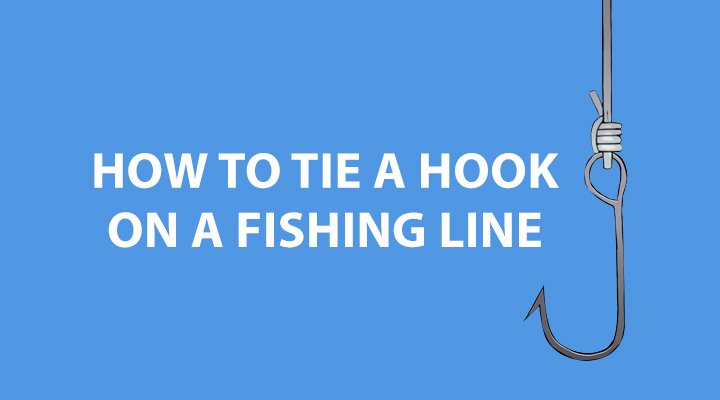 How to Tie a Hook on a Fishing Line 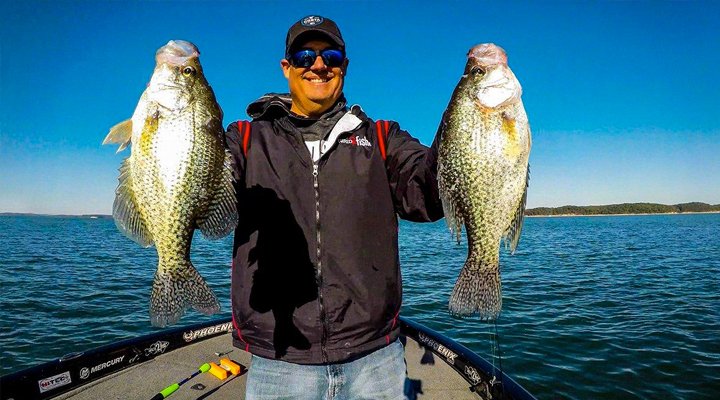 What is the Best Crappie Fishing Bait?

How to Choose the Best Fishing Rod 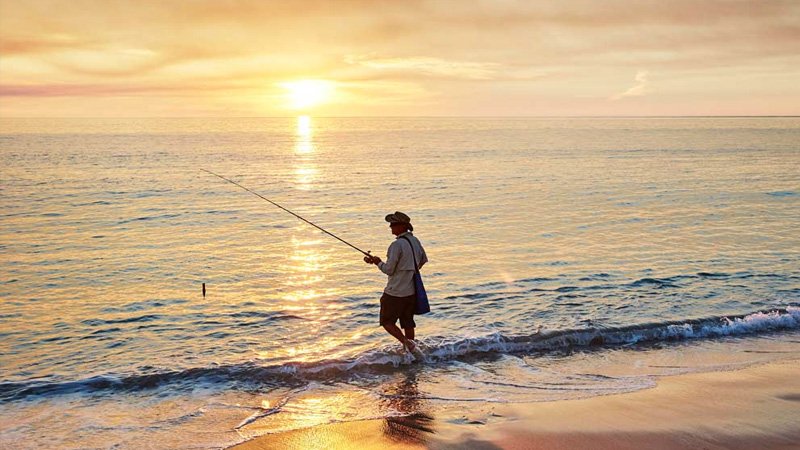 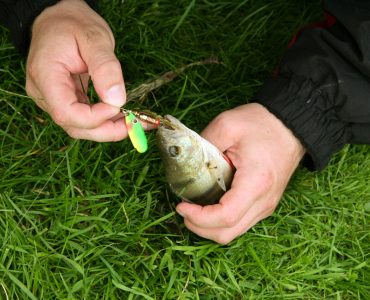 What Kind of Sport Fisherman Are You?