Lowrance’s HDS-12 touch is the next step to to making fish finders and smartphones compatible with each other. While they are not yet able to be synced together, the touch screen technology on the HDS 12 touch and smart phones is undeniable.

The HDS-12 touch is the largest screen size available in the touch series of HDS fish finders. It boasts features that the original HDS units do not have, but it is mostly the same unit.

Arguably the best new feature of the Lowrance HDS 12 touch is the built in StructureScan. In past HDS units, a separate LSS box would need to be purchased and installed, but that step can be removed for a more simple setup. With the StructureScan built into the HDS touch fish finders, the price of these units is higher than older versions, but fewer components most often leads to fewer problems.

The ease of use with touch screen will be very similar for those who are used to touch screen smart phones. Changing screen layouts and the size of layouts is very easy and intuitive to help make it easy for first time users, as well as experienced users. If you feel uncomfortable with touch screens, do not worry as it will become second nature before long. Lowrance has designed the touch screen to be effective in cold and wet weather. Fingerprints should not be a problem with their design either.

If you enjoy using underwater video cameras, The HDS-12 has a port in back for easy installation and viewability right on your new fish finder. This would provide a much larger screen than many of the underwater cameras available.

For the best fish finder technology, the Lowrance HDS 12 is what you need. Simply purchase the unit, install your transducer and the main unit, and imaging and sonar will be ready to go.

Though it is easy to use. Before using, you have to install and mount it. And of course, before using any kind of technology; first of all, you should explore all the features of the touchscreen. Inside the box, you will get everything needed, mounting and installing instructions, cutting templates and hardware.

Lowrance HDS 12 Gen2 unit is designed to be powered by using 12 V DC electricity. Every unit has protected to resist under volatage, over voltage and reverse polarity. So, the power cable has two discrete cables coming from the connector. The thicker cable, which consists of red and black cables, is the supply power to the unit. The yellow cable is to be utilized to remotely power on for certain expansion modules, like the StructureScan or Broadband radar. A circuit breaker with the same fuse rating should always be connected to the DC power cable.

Lowrance HDS 12 Gen 2 is sold with or without a transducer. This sonar can be mounted on a trolling motor or upside boat transom of a boat. The main advantage of installing this transducer is that it allows the unit to have a bottom signal when the boat is up on plane. Here are the guidelines for attaching the transducer:

Sonar Transducer can be mounted by shooting thru the hull. However, this is not preferred way of installing a Lowrance sonar transducer. It is stated that there can be a signal loss because echo signal must pass the fiberglass hull

While mounting Lowrance HDS 12 Gen 2 Touch, the location is important. So, you should find the correct location before drilling holes. If the unit is exposed to temperatures, the unit may malfunction. Find select a location, from where it can easily be reached.

Also, take into consideration keeping the unit away from magnetic compass. Also keep the unit safe from any kind of excessive shock or vibration. HDS-12 Gen2 Touch System is able to be mounted both with flush and bracket way 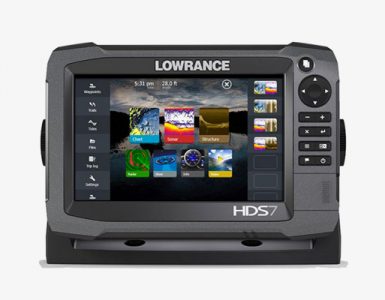 The Lowrance HDS 7 Gen 3 is equipped with an all-new High Definition System which works in integrating leading-edge fish finder technologies together with the newest advancements in the field of navigation. This new... 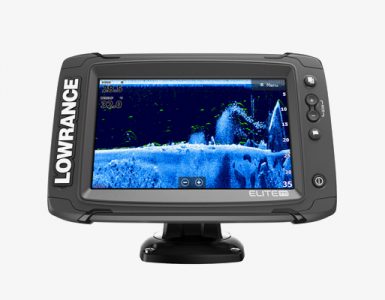 The Lowrance Elite 7 Ti is a chart-plotter that creates an equilibrium among high performance, top-notch functionalities and great user-friendliness. Beyond that, it changes the game of fish finding by brandishing sonar... 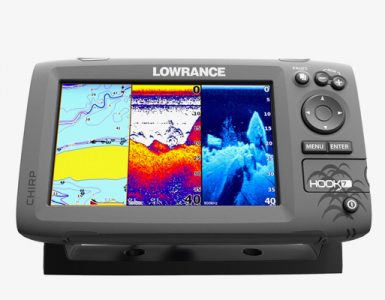 The Lowrance Hook 7 is a fishfinder and chart plotter which is well made and for reliable fish finding and chart plotting performance. It offers demonstrated features at an incredible value without compromising the...